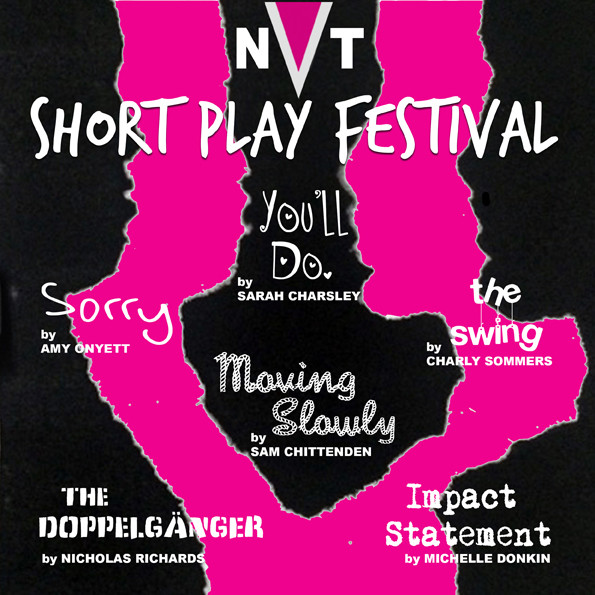 A selection of quality new writing over six new and diverse plays.

Six new writers were selected to each produce a 15-20 minute long play. Michelle Donkin, Sarah Charsley, Amy Onyett, Charly Sommers, Sam Chittenden and Nick Richards were all guided through an editorial process by two experienced and professional writers and when their plays had reached the required standard they were passed on to six selected first time directors. Erica Fletcher, Sabrina Giles, James Macauley, Jeremy Crow, Emmie Spencer and Tom Slater-Hyndman were also offered support from experienced colleagues as they worked with actors to bring these plays to the stage. All the writers, directors and their mentors have strong connections with the New Venture Theatre.