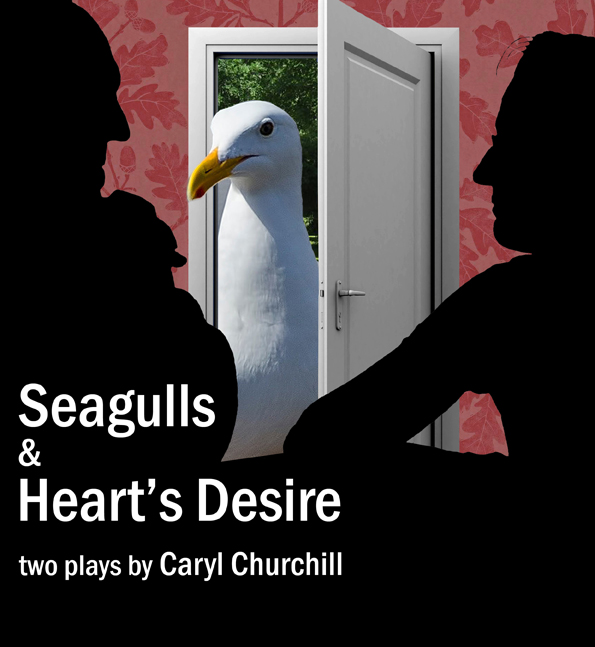 In ‘Seagulls’, Valery Blair has discovered that she has an unusual gift - she is able to move objects using the power of thought. Valery is thrust into the limelight and Harvard University is interested to find out more. Will the US authorities hijack her ‘psychic’ powers? Will the pressure of fame overwhelm her? In ‘Seagulls’, Churchill has written a profound play about faith and self-belief.

Linear story-telling is abandoned in ‘Heart’s Desire’, as we follow the long-anticipated return of a daughter from Australia. The narrative is shown in the form of multiple versions of the same event. The play constantly resets itself like ‘Groundhog Day’, so that we witness 25 re-windings of the action - varying from the mundane to the totally surreal. Many are hilarious - some are poignant; all of them challenge our assumptions of what is to follow as the characters experience ever-wilder fears and fantasies.