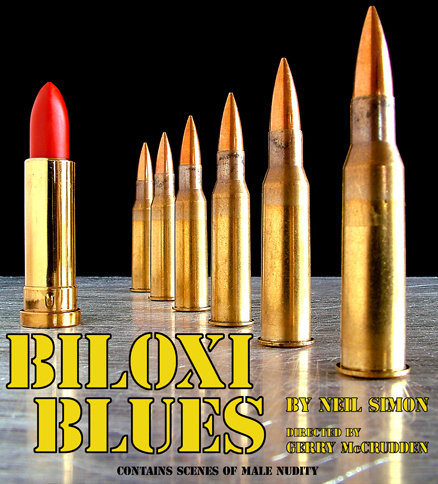 Tony award winner, Neil Simon turned to his own life for inspiration and produced a trilogy of semi-autobiographical plays in the widely acclaimed Brighton Beach Memoirs. These depict Eugene's (Simon) close-knit Brooklyn Jewish family, as seen through Eugene's diary entries. In Biloxi Blues, Simon follows Eugene as he gets sent to army training camp in Mississippi in 1943. Eugene's fellow young recruits are exposed for the first time to others from differing communities and backgrounds. There is the joy of first love - of sexual awakening - the loss of innocence - interwoven with issues such as bigotry and intolerance. All the lads are changed and matured by the time they leave Biloxi. A New York review commented "A fine comedy, and another step in the process of making Simon neither so simple, nor so simplistic."