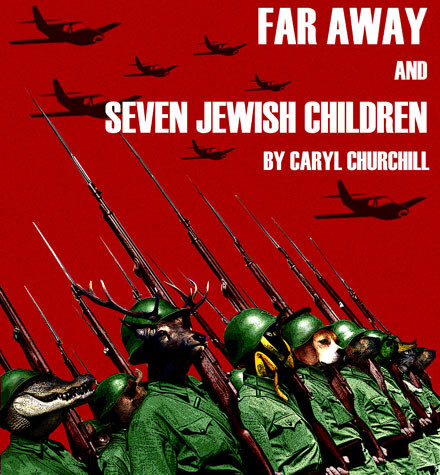 Far Away directed by Tamsin Fraser

Far Away' is set in a nightmare world where people are at war with their neighbours and last month's allies become today's sworn enemies. But as the war escalates and animals, insects and elements are pitted against each other, we must question how much is real. 'Seven Jewish Children' was a response to the 2009 Israeli assault on Gaza. Seven short speeches, each from a relative to the parent of a young girl, sketch out modern Jewish history. Both plays examine how people protect themselves from unbearable truths, and demonise others perceived as 'the enemy'.