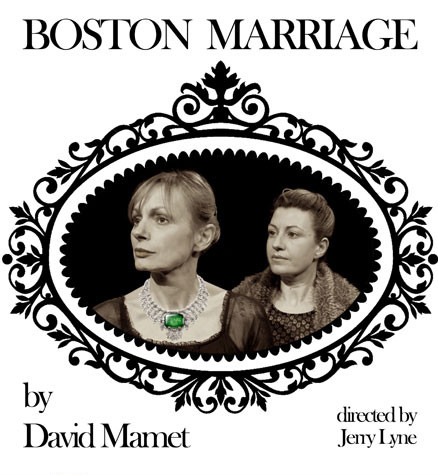 One of America's most revered and provocative dramatists, David Mamet conquers new territory with this droll comedy of errors set in a Victorian drawing room.

Anna and Claire are two bantering, scheming 'women of fashion' who have long lived together on the fringes of upper-class society. Anna has just become the mistress of a wealthy man, from whom she has received an enormous emerald necklace and an income to match. Claire, meanwhile, is infatuated with a respectable young lady and wants to enlist the jealous Anna's help for an assignation.

As the two women exchanges barbs and take turns taunting Anna's hapless Scottish parlour maid, Claire's young inamorata suddenly appears, setting off a crisis that puts both the valuable emerald and the women's futures at risk.

To this wickedly funny comedy, Mamet brings his trademark tart dialogue and impeccable plotting, spiced with Wildean wit. This is an incisive satire of decorous vulgarity, barely repressed desire, and class hostility.