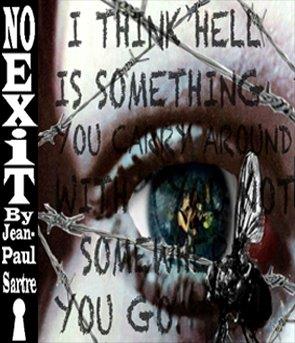 Join us for a journey into the depths of the unknown of Jean-Paul Satre's ‘No Exit’.

Set in hell, three characters come together in a way that shows their indispensability to one another: They become inextricably involved in each other's stories. ‘Hell is other people’. Man can use his freedom of thought, choice & action, which stands as an imprint on his essence, on his human makeup, and follows him for the rest of his days.