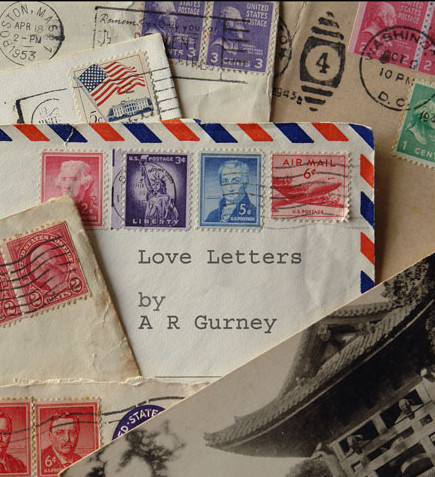 Love Letters is the story of a never-quite-fulfilled love affair between two upper class Americans, Andy and Melissa. It's told through a series of letters that the two have exchanged throughout their life, which are simply read out by the characters. The letters begin with Andy and Melissa aged about seven, in 1937, and continue for the next fifty years.

Sounds too simple? At first sight it is, but once you become involved in the progression of Andy and Melissa's lives, as recorded in the letters with all their hopes, assumptions and anxieties, the narrative is remarkably moving.