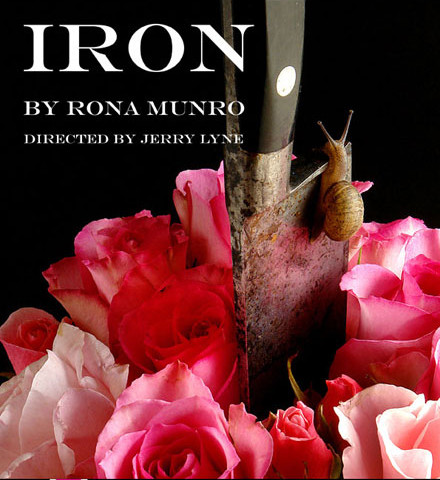 Josie has been looking for her mother Fay for 15 years. She finds her in prison. Josie has never been inside a prison before; Fay, her mother, is serving life for murder, the murder of Josie's father.

Iron is an intense psychological drama in which mother and daughter try to break through the barriers of time, memory and punishment which separate them. But between them lies the fact of murder. A murder Josie cannot remember and Fay has always tried to forget. Uncovering the memories they share is more dangerous than either of them can imagine.