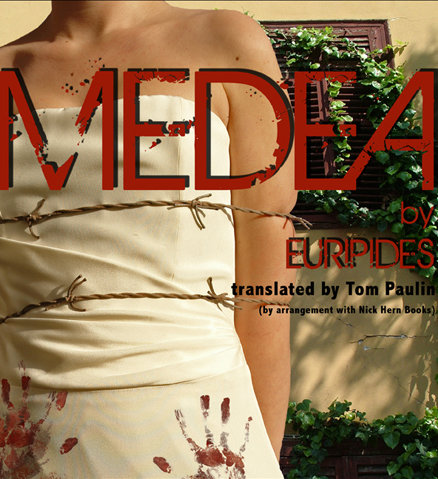 You are invited to the wedding of the year. The war hero Jason, keen to capitalise on his popularity and advance his political career after bringing the Golden Fleece to Corinth, has abandoned his wife Medea to marry a young and beautiful princess. Medea is now scorned: both as a woman and as a foreigner. Those that fear her describe her as a caged animal, but none truly comprehend that like any caged animal – she will draw blood.

This muscular and accessible translation radically transforms the studio of the New Venture Theatre into an innovative and exciting performance space like you've never seen before, to bring this most timeless of texts a fresh, relevant and visceral voice.