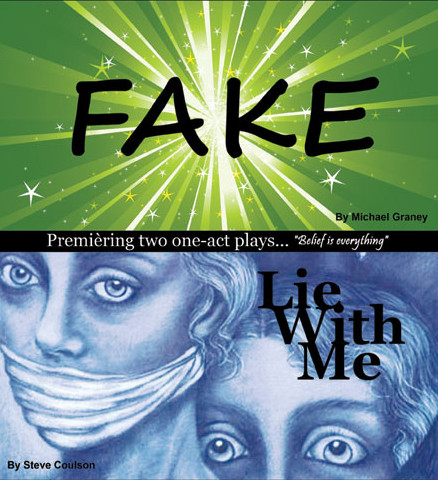 The Steven Eldritch Show comes to the NVT!
“Audiences are left stunned, uplifted, comforted.”
The celebrated psychic medium is humbled to meet fans of his TV show 'Parting The Veil', “I've touched so many hearts... I feel richer than a king.”
Fake?

Lie With Me devised and directed by Ulrike Schilling

We all lie to each other. The biggest lies though are the ones we tell ourselves. The ones that stop us from breaking down and screaming out loud. The ones we desperately need those closest to us to be complicit in.