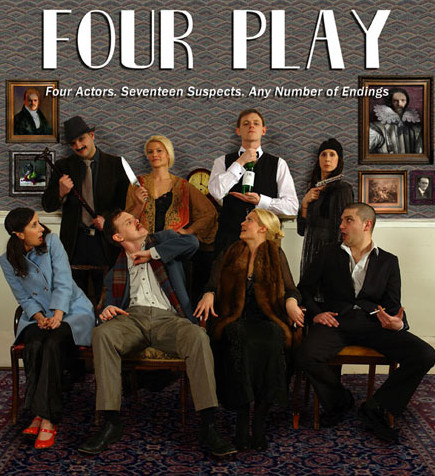 written and directed by Andrew Allen

It’s 1926, and a group of strangers meet at the house of Lord Angkatell. Before the day is done, there will be arguments, accusations, thunderstorms and murder! In this comedy thriller from Brighton writer Andrew Allen, there are four actors, seventeen characters, several murders, over 120 exits and entrances, just as many costume changes, and any number of endings. Well – at least four, you get to decide which on the night – and only during Act 2 will the cast discover a clue that tells them which ending to perform...