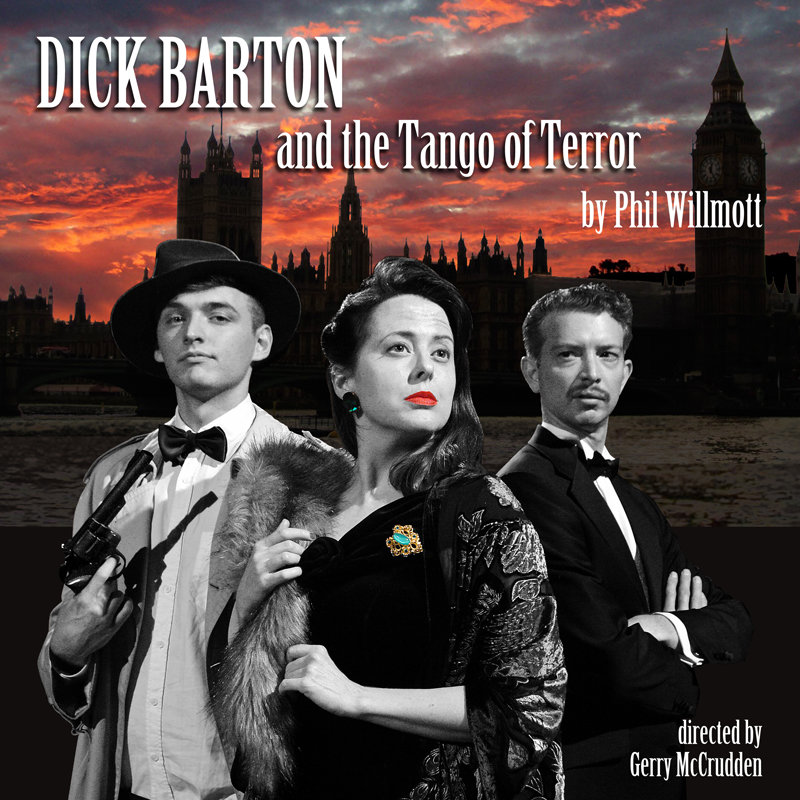 Dick Barton and the Tango of Terror

Dick Barton, hero of the BBC’s acclaimed 1940s wireless serial, is brought back to life in this the third of writer Phil Willmott’s critically acclaimed and hugely successful series of musical comedies.

A ruthless Latin lothario has set his sights on the women of London. No gal is safe from his sultry seductions. Thank heavens that square-jawed British hero, Dick Barton, is on hand to save the dignity and diamonds of our dowagers and debutantes. But will the fancy footwork of this foreign fiend and the dreaded EFIL (Evil Foreigners in London) defeat Dick and his pals Jock and Snowy?