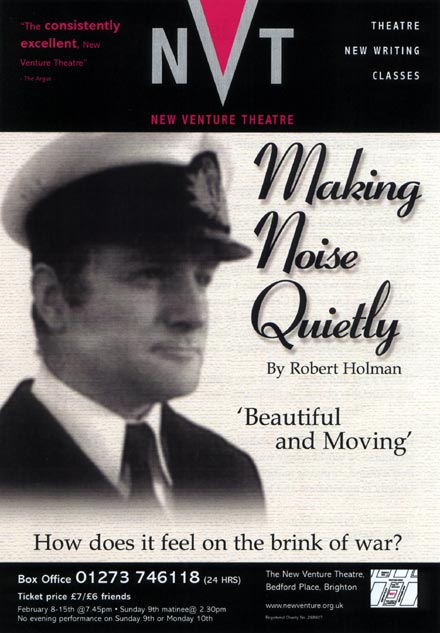 Making Noise Quietly is a subtly moving trilogy of short plays by Robert Holman. His wonderfully naturalistic language reveals a world that we all recognise: a world where war touches everyone in some way. The play is made up of three twenty-five minute duologues, the last of which is punctuated by the movement and noises of a mute 10 year old boy.