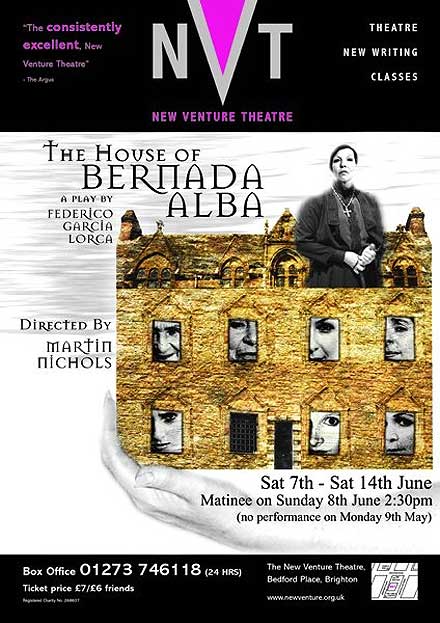 The House of Bernada Alba

An acknowledged modern classic, Bernarda Alba is the first major European play with an all-female cast. The just-widowed Bernarda enforces an eight-year mourning period on her daughters, which brings her into direct and inevitable conflict with their desperate need for love, freedom and life. The pitiless battle between the matriarch and her children is transfixing in its intensity. This new version of the play brilliantly captures the too-often neglected terse colloquial comedy of the original, as well as its overwhelming tragic power.