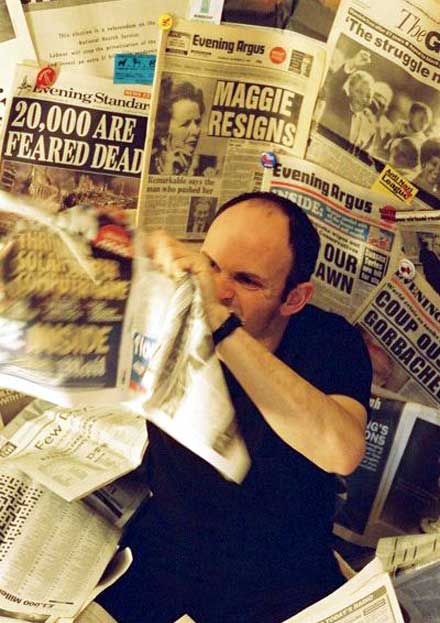 The Death Of Nelson

The Death of Nelson is a play about people and their politics. Set between the dark days of Thatcherism and the brief, hopeful dawn of the Blair age, it comprises a series of one-sided dialogues between Richie (Cohen) and his godson, Nelson — named by radical parents in honour of the hero of the Anti-Apartheid struggle. As the years go by and Nelson grows to manhood, we witness simultaneously the political awakening of his somewhat conservative godfather, and the political withering of his increasingly comfortable parents.

First seen at the Marlborough Theatre earlier this year, The Death of Nelson comes to NVT for two nights only. Catch it while you can.