Expelled from their gardening paradise, Wattmore and Griffin eke out a living on the edge of the Cambridgeshire Fens. Their increasingly fragile hold on life is exploded by the arrival of a new lodger hell-bent on helping them ... whatever the cost.

Supremely crafted, this dark comedy raises issues of belief, retribution and pruning. First performed at The Royal Court Theatre in 2002, this will be one of the first productions outside of London and New York. 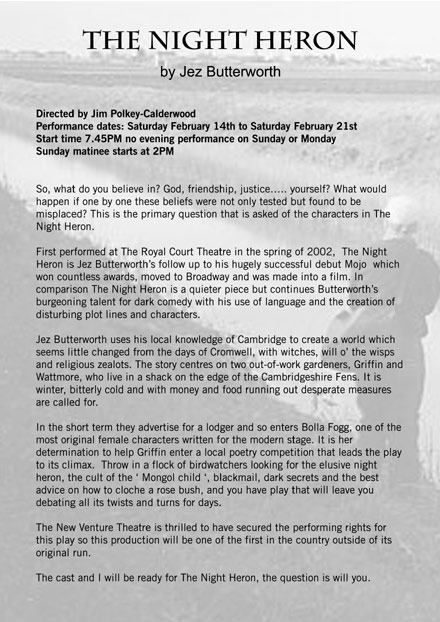