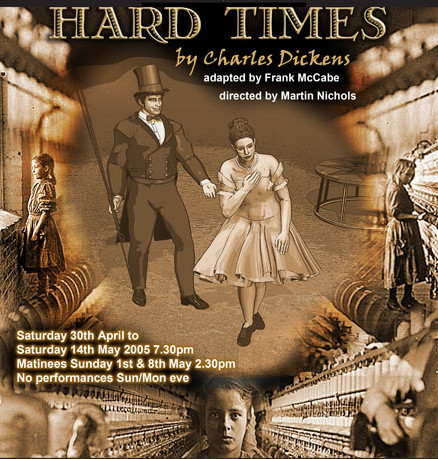 In 1854 England was, like America is now, the only world superpower. Britons were proud of their country's reputation as "the workshop of the world". Its Empire stretched all the way across the globe. But at what cost? In Hard Times, Dickens asks some hard questions about a country so bedazzled by its own material success that it was in danger of selling its soul.

Reuniting the director and writer of 1998's legendary production of Our Mutual Friend, NVT's Brighton Festival production of Hard Times will take you into the Big Top for an unforgettable night of tears and laughter. We can promise that you will NEVER have seen a version of a Dickens classic like this before ! Roll up, roll up...!