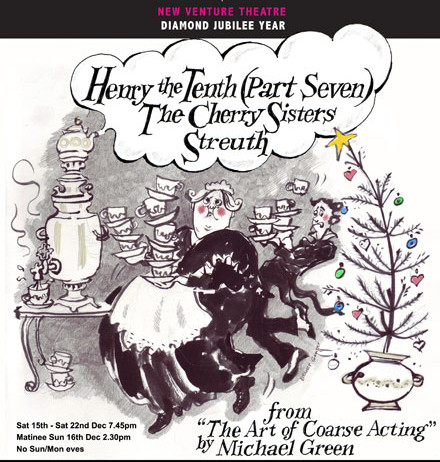 Three short plays which fail miserably to demonstrate the beauty of theatre. A thriller, a Chekhovian masterpiece and an homage to Shakespeare's history plays are given Michael Green's coarse acting treatment, resulting in a masterfully chaotic evening in which everything that can go wrong with a production does so.

Confusion reigns, but the show must go on...