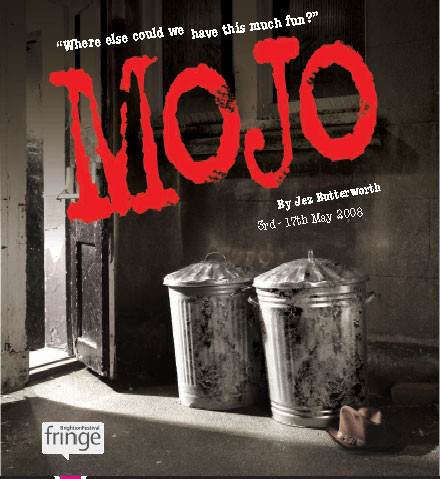 "Where else could we have this much fun?"

Silver Johnny is a teen singing sensation on the brink of fame and fortune, and his friends who work at The Atlantic are desperate for a stake in his success. On the brink of a deal being struck with a West End impresario to take Johnny to America, there's a small hitch – the club's owner is murdered and Johnny abducted.

Mojo is a grimy, amphetamine-fuelled black farce, winner of the Olivier Award for Best Comedy when it appeared at The Royal Court in 1995.