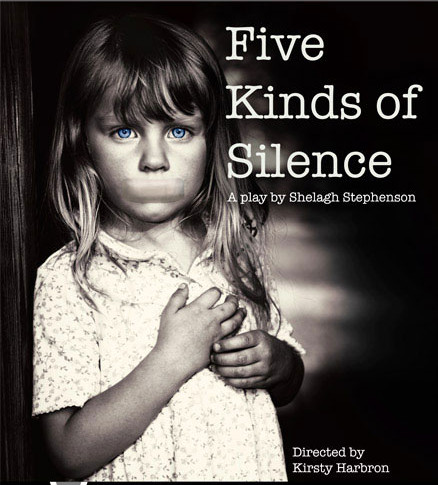 Five Kinds of Silence tells the shocking story of a family living under the power of the vicious Billy, who physically, emotionally, and sexually abuses his wife, Mary, and their daughters, Susan and Janet.

This play is about control, madness and how the family is bonded by abuse, which has been perpetuated through their silence. It is non-linear and non-chronological in structure, told via a series of monologues and interviews, piecing together the family's life under Billy's tyranny.

Please note: This production contains strong language and adult themes and, as such, is not suitable for children.

As a first act to 'Five Kinds of Silence', up-and-coming singer/song-writers Janna Fox and Charlotte Grimes will be performing an original acoustic collection of songs written with the play in mind.