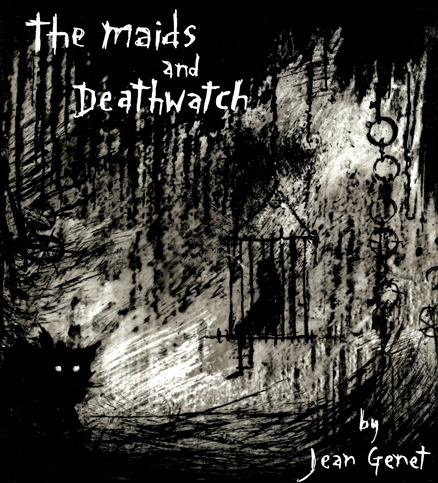 Fascinated by the ritualistic struggles of outcasts and their oppressors, Genet wrote both of these plays about individuals who are trapped, and who try to find ways to overcome their imprisonment. With physical escape impossible, the characters resort to psychological means to assert their existence.

Two housemaids, sisters, have been forced by economic and class reasons into the employ of Madame, a bourgeois younger woman. Dependent on Madame, they envy and hate her, but they also want to be her, and they hate themselves both for envying and wanting to be her. The maids have arranged the imprisonment of Madame's lover and prepare to poison Madame herself, but the plot begins to unravel...

The protagonists in 'Deathwatch' are physically imprisoned inside the stone blocks of a gaol cell. Status is conferred by the severity of a man's crime, and Green Eyes is a condemned murderer awaiting execution. Tensions mount as the other two cell-mates jockey for position and attempt to usurp Green Eyes' authority.