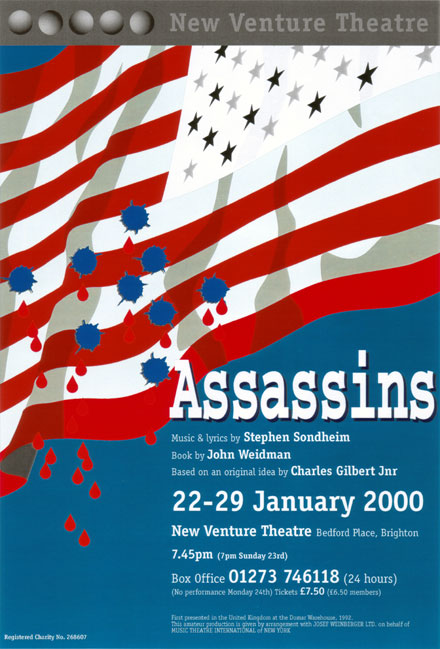 The shooting gallery at a carnival . The assassins enter and are encouraged to solve their personal problems by picking up a gun. A Balladeer sings us through American history and drifts through assassinations as a professional witness to American catastrophe...

Based on both fact and imagination this musical examines nine people who have all taken a shot at an American President.