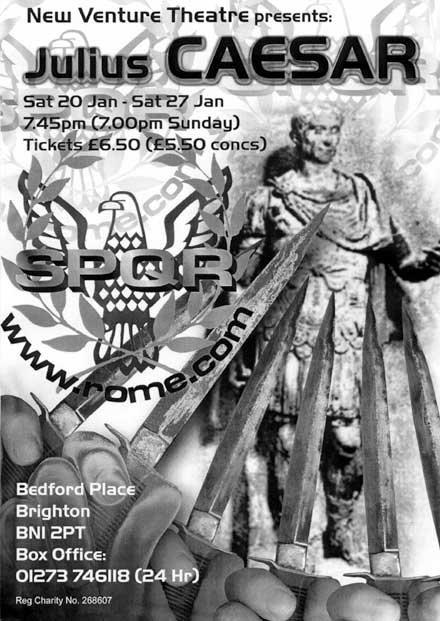 "Power tends to corrupt, and absolute power corrupts absolutely." Throughout history, men — all of them no doubt honourable men — have lied, cheated and murdered in the pursuit of power. If women had been in identical positions, would they have acted differently? After (s)he has helped assassinate Caesar, Cassius exclaims: "How many ages hence shall this, our lofty scene, be acted over in states unborn and accents yet unknown?" and this cross-cast, post-feminist production of Shakespeare's great political tragedy is an attempt to explore what happens to the play when spoken in accents which would indeed have been unknown on the the original Globe's completely men-only stage.