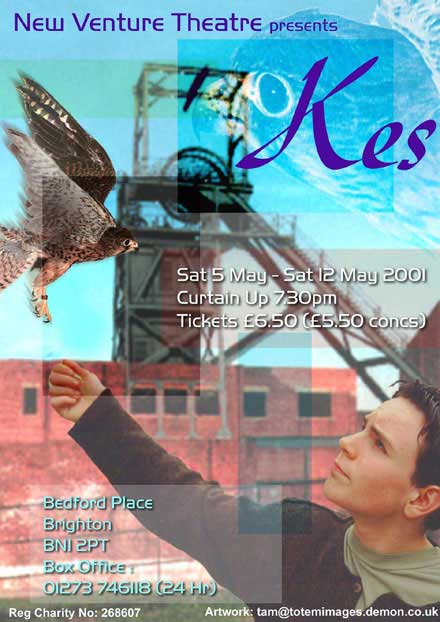 Adapted by Barry Hines from 'A Kestrel for a Knave'

adapted for stage by Lawrence Till

Billy Casper is a boy with nowhere to go and nothing to say. He is part of the limbo generation of school leavers — too old for lessons and too young to know anything about the world outside. He hates and he is hated. His family and friends are mean and tough and they're sure he's going to end up in big trouble. As for Billy, he's sure of only one thing in life: he'll never work down the mines. But he discovers in himself an affinity for animals through his relationship with Kes, a kestrel hawk — his only companion. Both have been trained from the nest, and both have the will to destroy before they are destroyed.