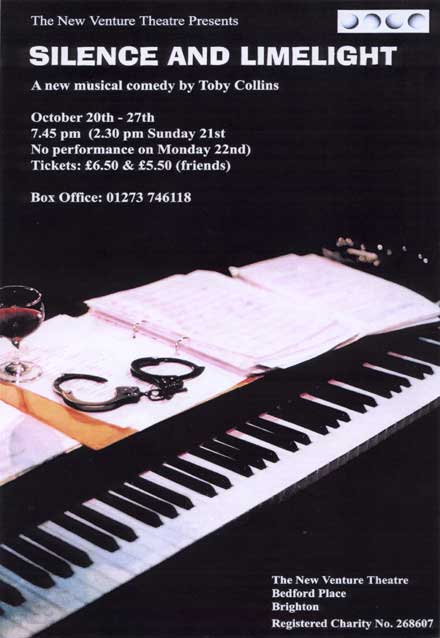 So you are a huge success? So you are topping the bill at the Palladium? So there's more to life isn't there? Silence and Limelight, the latest musical comedy by Toby Collins, the award winning writer of Risk and producer / director of Assassins, is a comedy set in the backstage world of the cabaret circuit. It charts the rise to fame of a cabaret duo. One who craves the limelight while the other is desperate to find silence. With a large cast and 17 musical numbers, dance routines and the transformation of the New Venture Theatre into the Palladium, it promises to be the musical highlight of NVT's season.