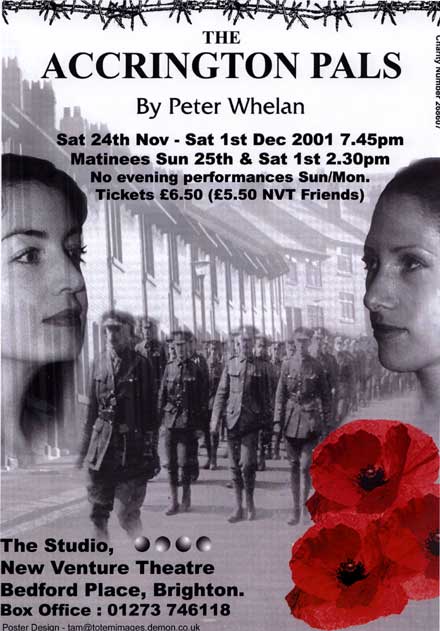 The Accrington Pals is set in the First World War. It tells the story of a group of young men from Accrington, Lancashire who joined up to fight and, more particularly, of the women they left behind. The focus of this powerful and moving play switches back and forth between the battlefields of France and the cobbled backyards of North-west England as both the men who marched away to war and the women who stayed at home find the courage, humour and resilience to live ordinary lives in extraordinary circumstances.