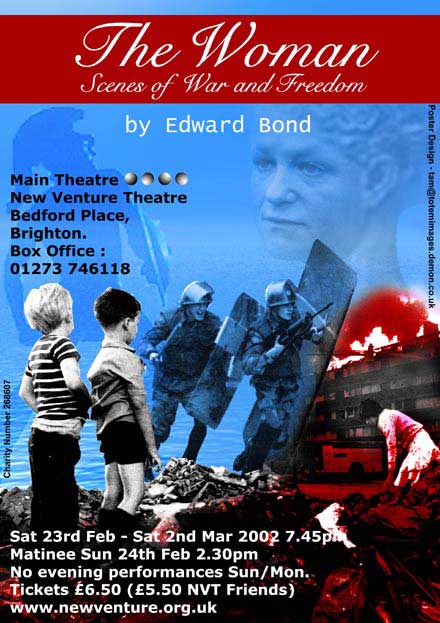 The Trojan War drags on. And on. The Greeks want to go home. The Trojans have just lost their King, are besieged, and plague has broken out. It's mad...

Hecuba and Ismene, high-born women from each side, hammer out a peace deal which would work and give everyone what they want ... except in a mad world, as they find out, it's the maddest solution which must prevail. People must be killed to save lives: war is the only way of ensuring peace: the new city must be raised on the ruins of the old: the slaughter of children will ensure the future. In The Woman Edward Bond confronts the defeatism of classical tradition and metamorphoses it into an inspiring alternative myth which celebrates justice, reason and compassion.