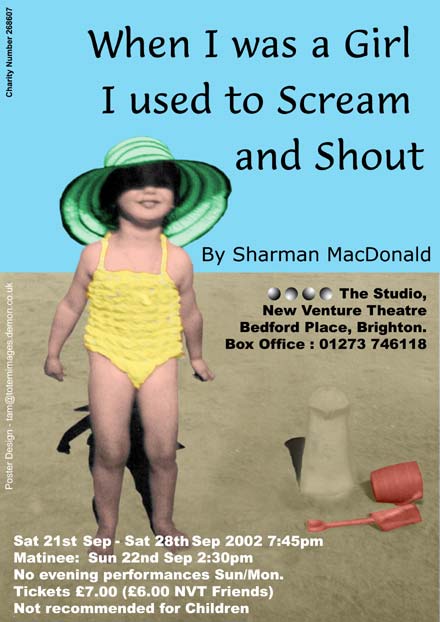 When I Was A Girl I Used To Scream And Shout

A play about about growing up — and not growing up. The year is 1983 and Fiona, now an independent woman in her thirties, has made the journey back to the rocky eastern coast of Scotland with her mother, Morag. To her surprise, her childhood friend and one-time sexual mentor, Vari — now married with children — has also been invited. Though thick as thieves as teenagers, the two women have made significantly different lives for themselves... Raw, hilarious and unsentimental, MacDonald's play is one of the very few to boast a scene set entirely underwater!