In the Theatre Upstairs 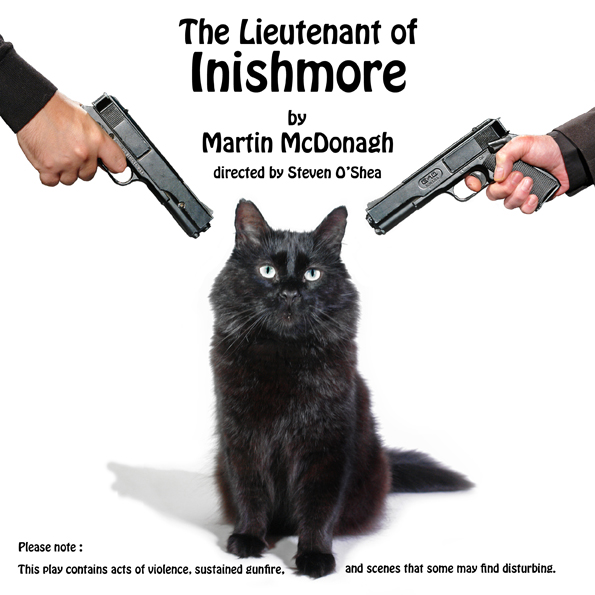 The Lieutenant of Inishmore

“Come on in ahead for yourselves. I’m just in the middle of shooting me Dad”.

A darkly comic satire on terrorism set in Ireland in 1993. A terrorist ceases torturing and chip-shop bombing to return home, hell-bent on finding the person who crushed the skull of his beloved cat Wee Thomas. There he initiates a murderous cycle of revenge where no one is safe. But who was responsible for the cat’s demise, and why?
Award-winning director and playwright, Martin McDonagh is one of the most provocative and controversial playwrights working today and The Lieutenant of Inishmore represents his most controversial play. A merciless assault on the politics of violence and its ultimate futility.

The Lieutenant of Inishmore - Production Photos