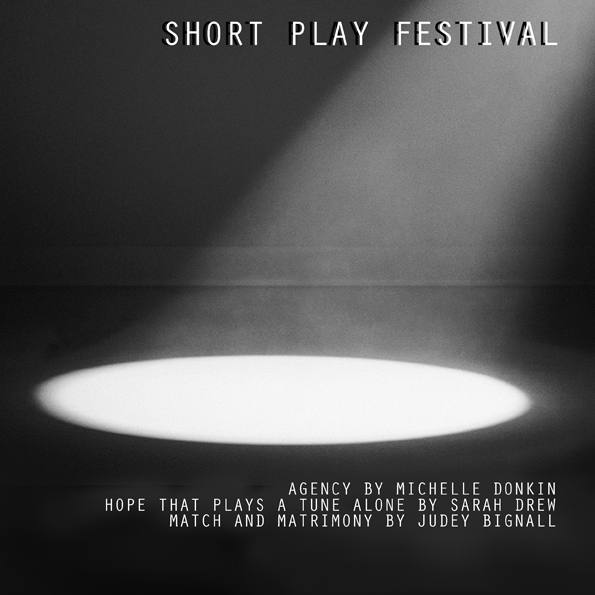 A selection of quality writing over four new and diverse plays.

Three writers have been selected to each produce a 20-35 minute play. Judey Bignell, Michelle Donkin and Sarah Drew have been guided through an editorial process by two professional writers and their plays have been passed on to three experienced directors, who have continued the development process to bring these plays to the stage in our Short Play Festival. All the writers, directors and their mentors have strong connections with the New Venture Theatre.

Agency by Michelle Donkin – directed by Ian Amos
As a press secretary turned whistleblower prepares to leave a destructive administration behind, she is forced to face her embittered colleague for one last time.

Hope That Plays a Tune Alone by Sarah Drew - directed by Mark Wilson.
This is the story of two women who, each in their own way, have found a means to survive loss in an England slowly recovering from war. The support and the mutual understanding they come to find in each other brings the strength they need to carry on and to grow.

Match and Matrimony by Judey Bignell – directed by Chris Gates
A lovingly written Jane Austen parody with all your favourite characters; the roguish cad, the mother with a mania for marriage and, of course, the gender-fluid female-identifying young man looking for love in a heteronormative world.